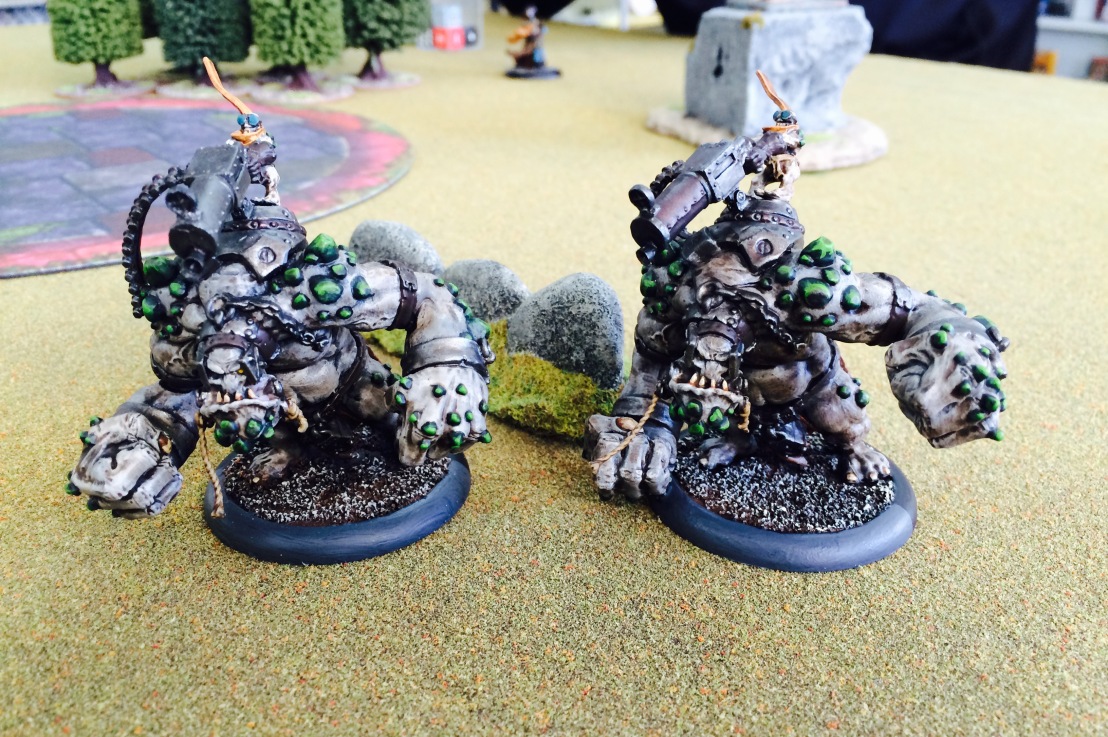 I added some new Trollbloods to my force, as I wanted to finish up Doomshaper2 for the Who’s the Boss tournament I am running this weekend. I also wanted to make sure I finished up my painting points in February in time as part of the 366 points in 366 days challenge. 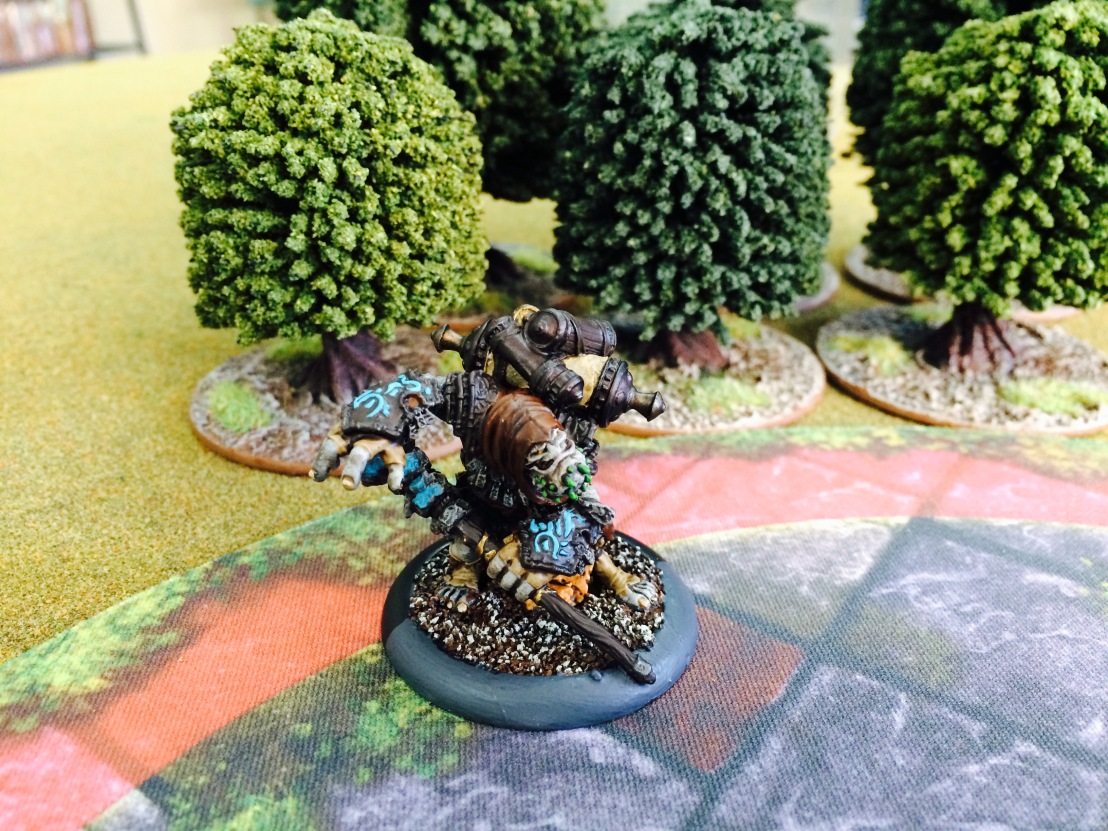 Hoarluk Doomshaper, Rage of Dhunia counts as 5 points for the painting challenge (Warcasters earn points on Base Size). He was a fun model, as I tried to work on the blue rune glow coming from his staff–making the ones directly under his hand light up like he was pulling magic from them. 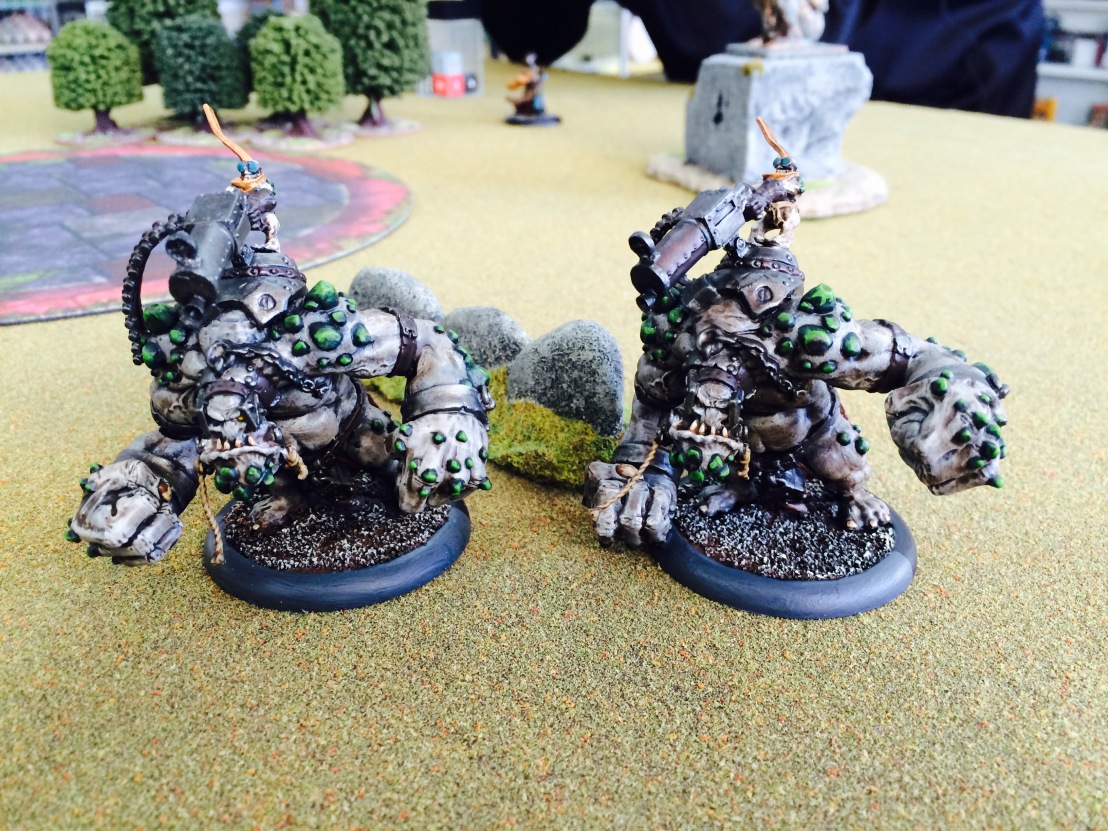 I also finished a second Dire Troll Blitzer (the one on the right is the new guy). I made his pose as different as I could from the other one to set them apart a little while still being the same. This is probably my favorite model in all of the faction (though the Dhunian Knot might compete if I can paint it well). He’s a Fury hog due to needing to boost to-hits a lot, but there are moments when he really shines with the sheer volume of initial attacks he can manage between the two fists and the slugger. 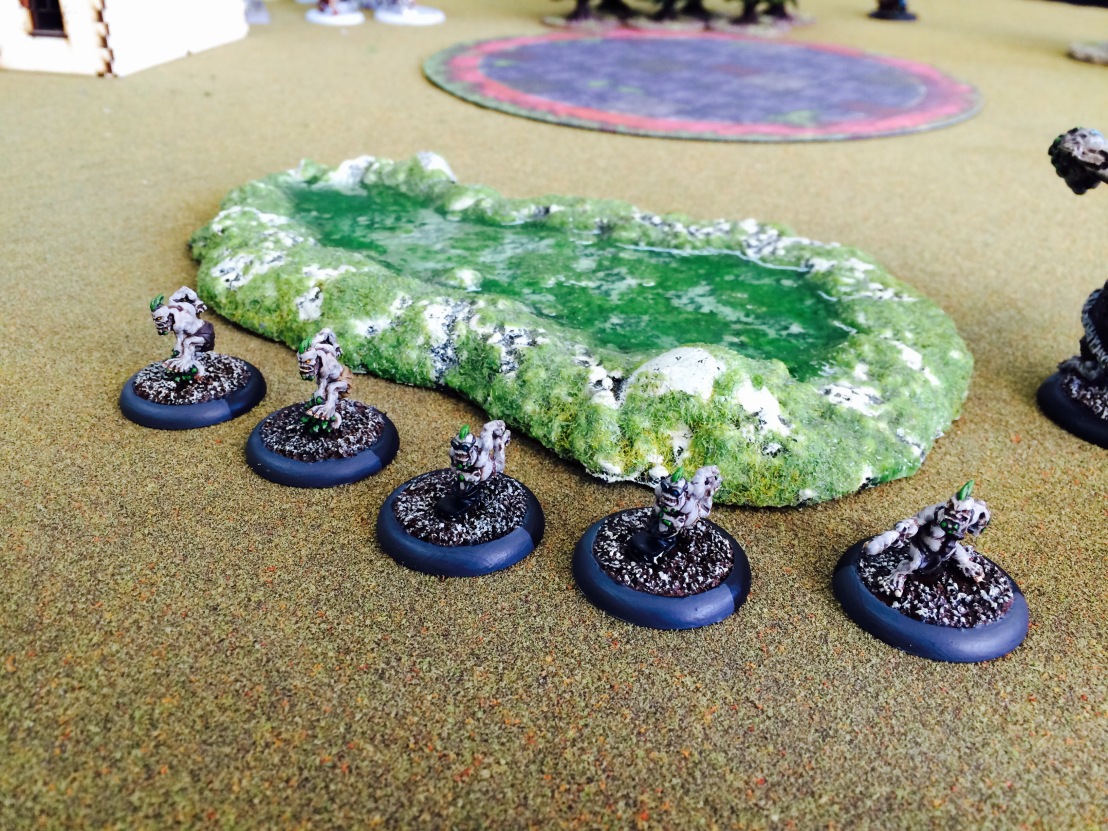 I also finished up five Troll Whelps. These little dudes are the Fury management system for Trollbloods, and while they’re a pretty bad Fury management system compared to the other Hordes factions, at least they’re something. I got two groups of them at the same time, so I did the similar models together: two shed from Earthborns, two shed from Blitzers (I think, because they’re running?), and one that seems to be an Impaler whelp (the quiver).

With five from Doomshaper2, nine from the Blitzer, and an additional two from the Whelps, that brought me to 16 points for the contest. Added to the 18 I’ve already painted in February, I reached 34 for the month–well above the 29 required. And it brought me to 66 total points painted for the year thus far.