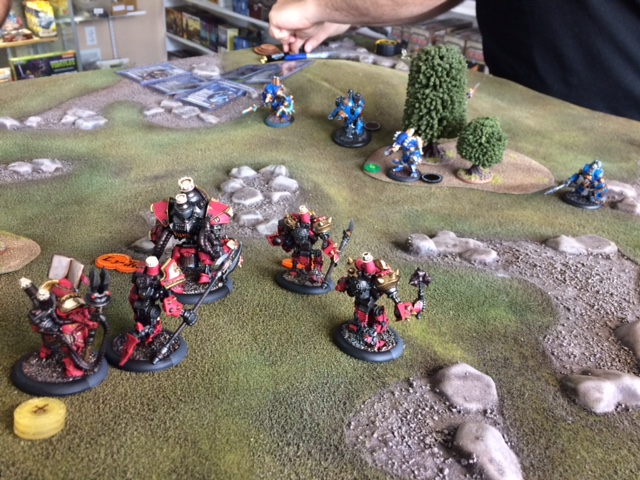 I’ve been updating the full progress of the Journeyman league on that post, but this one tracks my own progress (Weeks 2 and 3 of the event).

I completed Week 2 games with Protectorate, but our league was getting to the point where a lot of the players were fielding Protectorate armies (there was one player who ended up facing Menoth something like five times in a row). Given that I’m the organizer and cannot win any of the prizes anyhow, I figured I’d step aside and field my Skorne starting on Week 3 in order to give people a more varied play experience.

So you’ll see both Menoth and Skorne across the two weeks of progress in the post. I also added two new Paingiver Beast Handlers to my force for Week 3. 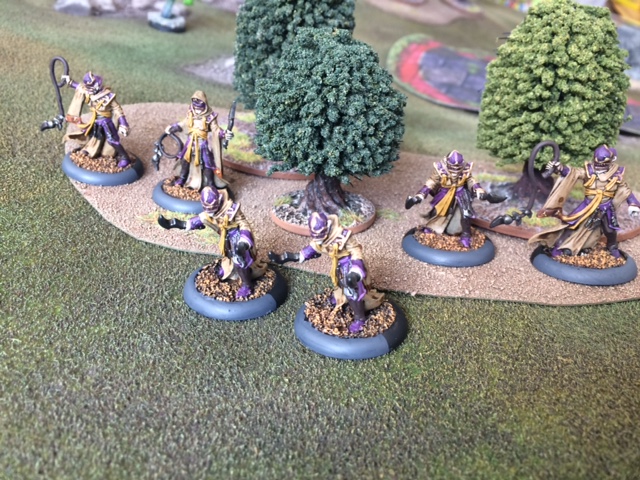 The pair in front are the new additions, giving me the flexibility of a minimum or maximum unit.

It was a slug-fest, but my Menoth managed to triumph over the cagey Cygnar by taking them on piecemeal.

Jon’s Trollbloods started packed in a corner, so I was able to use that little cabin to my advantage. Despite a bunch of misses on my feat turn slowing progress, I managed to take out Ragnor with Malekus to end the battle.

My match against Tom’s Cygnar went much the same way–a lot of back-and-forth attacking leaving damaged but not destroyed warjacks. I managed to claw my way to victory mostly through dice rolls being lucky for me and unlucky for Tom. 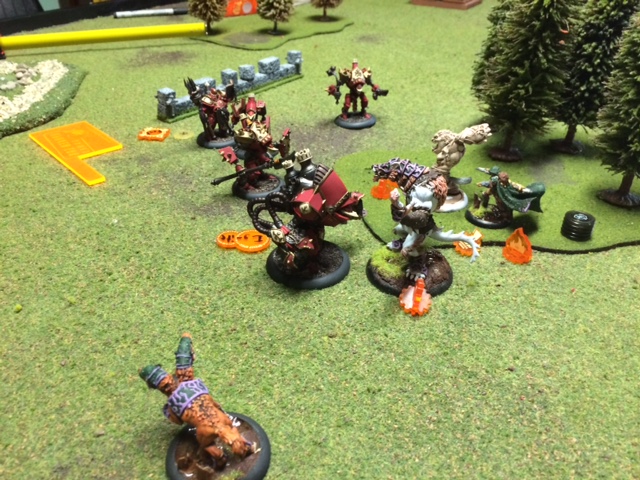 Having the Devout made a huge difference against Roger’s Circle Orboros force, and I managed to defeat Tanith with some well-placed fire sprays.

The Devout’s Shield Guard made the tight brick work against Ryan’s Cryx force and the harpoon-launching Reaper. It enabled me to bully my way up to Agathia and take her out with the Scourge + Fire Type sprays combo.

This was the week I swapped to Skorne. Andy, my opponent playing Protectorate here, requested that I field Scarab Packs so I did up a list that had two of them. This match he got really close to killing Xekaar but fell short. Allowed the Cyclops Savage to finish Malekus off in return.

Next I played Ryan’s Cryx, and again an assassination fell short–leaving Xekaar freed to take Agathia out himself. 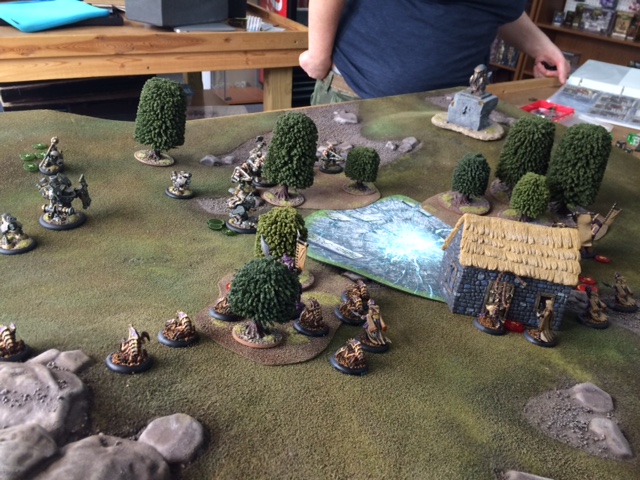 I took on Enrico’s alternate battle box Rhulic Mercenaries in a third game. Despite the crippling effects of my feat, his feat turn proved very successful. However, it came up two points shy of killing Xekaar. He probably would have had it if he didn’t CRA with the Ogrun Assault Corps too. After that, a thrown Warjack into his caster to knock him down and the Cyclops Savage nearby to finish him off won me the closest match of the week. 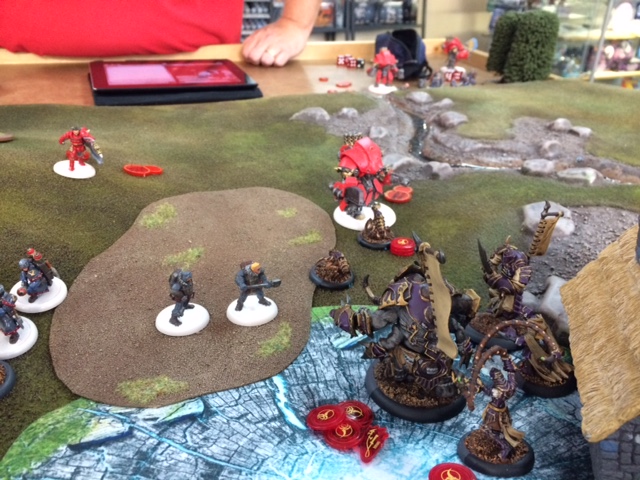 Paul’s Khador force. He never quite got two Warjacks to bear on my forces at any one time, and my feat turn really slowed him down. I managed to get to a position where he wasn’t going to be able to take the center from my force without losing his own, and we called the game a win for me.

I also managed to sneak in two larger 75 point games against Ryan as well during the weeks… both with High Reclaimer.

I won the first clash against Bane Witch Agathia (above), but lost a rematch fielding the same force against Terminus.